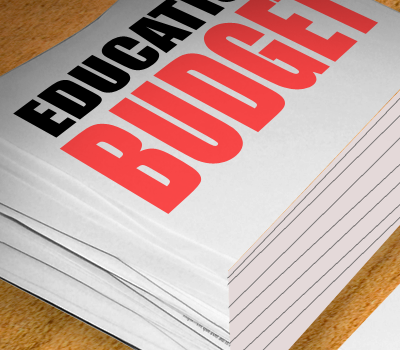 As the much awaited first full budget of the newly elected government sees the light of the day, I am trying to analyze its impact on the Indian education sector and education professionals. The Union Budget was presented by Hon’ble Finance Minister Shri Arun Jaitley on 28th February, 2015.

With the growing aspiration of Indian premier institutions to compete on the global stage and basic demand for creating access to higher education for all, the sector was expecting transformational reforms. However as far as meeting education sector’s expectations is concerned, the budget is miles away from being considered as #SuperBudget. Rather, it seems, focus on education is missing in this budget.

To tackle mammoth challenges Indian education is facing, strategic long-term approach to rejuvenate the sector was expected by most of the academic leaders. As far as education sector announcements are concerned, the budget doesn’t look anyway different from earlier government budgets. It remains populist with symbolic announcements of new premier institutions to please a specific section of society and many promises for the larger population.

Being the first full budget of the government with the absolute majority, this budget would have provided at least the direction for some of the eagerly awaited education sector related bills.

Looking at the pressing need of improving research and innovation output of the country, announcement on countrywide special program for motivating academic research would have been considered timely. Such announcement would have been face saver against the humiliation government is facing on the issue of delay in research fellowship arrear payment and nationwide agitation by Ph.D. research scholars.

Here, I am presenting the detailed analysis on each point of the Hon’ble Minister’s budgetary speech.

I have allocated ` 68,968 crore to the Education sector including mid-day meals

This announcement is the most significant as budgetary allocation indicates government’s focus on education viz a viz other sectors.

“India is one of the youngest nations in the world with more than 54% of the total population below 25 years of age.” The line quoted by Honorable Finance Minister during this budgetary speech gives perspective to 3.8% budgetary allocation to the education sector. Looking at this statistics if we really want to ripe benefits of the demographic divide, the government would have announced significant hike in education spending. Government’s decision of budget cut in education is against common sense.

The intention of the Finance Minister to improve the quality of primary and secondary education is definitely a beacon of hope. However, due to the absence of a working blueprint to achieve these results, the words seem to be hollow and a little unrealistic, considering the large number of schools being impacted (80000 secondary and 75000 junior/middle-level schools).

An integrated Education and livelihood scheme called ‘Nai Manzil’ will be launched this year to enable Minority Youth who do not have a formal School-leaving certificate to obtain one and find better Employment. Further, to showcase civilization and culture of the Parsis, the Government will support, in 2015-16, an exhibition, ‘The Everlasting Flame’. The allocation for the Ministry of Minority Affairs is being protected. The BE for the year 2015-16 is Rs 3,738 crore.

With the integration of the Education, Skills development and Livelihood schemes, the Government definitely seems to be sensitive about improving the condition of the uneducated, unemployed population. The Government’s step towards integrating educational services of religious institutes and other academic bodies is a good move.

I also intend to establish, in NITI, the Atal Innovation Mission (AIM). AIM will be an Innovation Promotion Platform involving academics, entrepreneurs, and Researchers and draw upon national and international experiences to foster a culture of innovation, R&D and scientific Research in India. The platform will also promote a network of world-class innovation hubs and Grand Challenges for India. Initially, a sum of ` 150 crore will be earmarked for this purpose.

As mentioned in the beginning, the announcement of a large-scale program for the promotion of Research and Innovation culture among academic institutions remains long awaited. This new fund allocation can be looked at as a first step towards larger program. However, looking at the kind of boost India needs in this area, 150 crore allocation is meager.

The UAE government recently declared 2015 as the “Year of Innovation” and announced a new National Innovation Strategy with the aim of becoming one among the most innovative nations in the world within a 7-year period. Our country is still in the optimistic state and I feel, this was the right time for our government to announce bold vision about our vision and support it with long-term budgetary allocation.

India is one of the youngest nations in the world with more than 54% of the total population below 25 years of age. Our young people have to be both educated and employable for the Jobs of the 21st Century. The Prime Minister has explained how Skill India needs to be closely coordinated with Make in India. Yet today less than 5% of our potential workforce gets formal skill training to be employable and stay employable.

We will soon be launching a National Skills Mission through the Skill Development and Entrepreneurship Ministry. The Mission will consolidate skill initiatives spread across several Ministries and allow us to standardize procedures and outcomes across our 31 Sector Skill Councils.

With rural population still forming close to 70% of India’s population, enhancing the employability of rural youth is the key to unlocking India’s demographic dividend. With this in mind, we had launched the Deen Dayal Upadhyay Gramin Kaushal Yojana. ` 1,500 crore has been set apart for this scheme. Disbursement will be through a digital voucher directly into qualified student’s bank account.

Here I have clubbed 3 skill development related sections of the speech.

Broadly it gives an impression of government’s increasing inclination towards skills development than formal education. If India aspires to be exporter of skilled workforce to the whole world, focus on skill development is inevitable, however it is also important to remember that both should remain supplementary to each other and vocational training can not be looked at as an alternative to formal education.

With a view to enable all poor and middle class students to pursue Higher Education of their choice without any constraint of funds, I propose to set up a fully IT based Student Financial Aid Authority to administer and monitor Scholarship as well Educational Loan Schemes, through the Pradhan Mantri Vidya Lakshmi Karyakram. We will ensure that no student misses out on Higher Education for lack of funds.

If you would like to evaluate this budget with respect to the government’s execution capability this section is the best example. This announcement should be looked at in the context of last budgetary announcement of “Government also proposes to ease and simplify norms to facilitate education loans for higher studies”. When we put both the in sequence, it gives confidence that government has a well-defined plan in this area.

To me, this is the most disappointing announcement of this budget. There is no doubt that we will have to build additional capacity to achieve 30% Higher Education GER target, however, it is important to evaluate financial viability of announcing new institutions.

The eight IITs, announced during 2008-12, are operating out of temporary campuses. Out of these 8, 6 deferred their plan to move to new campus due to cut in budget allocation. Government announced 5 new IITs during last budget however; it seems difficult for them to start from coming academic session. It is difficult to understand how government will practically starts one more IIT and what purpose will the name change of ISM, Dhanbad to IIT, Dhanbad serve. Situation of new IIMs is no better than IITs. They are struggling without physical and intellectual resources required for premier institution.

To me, the Union Budget does not seem too promising for education sector. But with the country still being in an optimistic state, hope and success riding high on this year’s budget, here’s to see how much of the reforms are carried out over the trending of the year.

how can we help you?